It has been an arduous year for the former champion Bear Backers. The beloved underdogs who became heroes of the game back in 2014 were left devastated after a loss against the Drinking Dinos during the 2015 Beauty Cup finals.

As a result of their failure, a major restructuring took place within the Bear Backers organization. Team Co-Captain Elaina Austin’s co-captaincy was dissolved and was last seen entering into an arranged marriage with a former enemy while Team Captain Michael Hogg was reduced down to an errand boy within the team, and would have remained there had he not realized that he was in fact the only active member left in the organization and solely responsible with bringing the team back its former glory. With a fire in their hearts and a thirst for vengeance, the Bear Backers have their eyes set on reclaiming their rightful spot as the greatest champions/underdogs/queermos the game deserves.

Other teams beware, because we’re coming Bear Back.

Team captain Brandon missed the inaugural beauty cup because of travel issues, it haunted him for the remainder of the year and he vowed not to miss another.

2014 saw Brandon bring drafted by the top gunners and a pedestrian performance showed he clearly hadn’t prepared for the tourney mentally and extensive travelling wore the rookie out. The top gunners were eliminated in the quarter finals and while this was a tough exit, it gave Brandon proper insight and a good introduction into what was expected at the tourney.

Following the defeat, Brandon spent the remainder of summer on the never ending plains learning to adjust his game and work on throwing techniques. 2015 came and Brandon entered the tournament with a sharpened mindset. Drafted in the middle of the pack, he was selected by the drinking Dino’s. Paired with hall of famers, Parker and J.Epp, Brandon was able to show his value on route to his first Beauty Cup.

Now with the next Beauty Cup fast approaching, team Ragnarok will make its first appearance. Brandon will be keen to prove that last year was no fluke and this is his opportunity to showcase his skill, and determination for what it truly is.

2016 marks the inaugural year of team Disc Jockeys in the Beauty Cup of Beersbee.

Having been a part of extremely prestigious team’s such as Team Attractive(2013), Drinking Dino’s(2014), and last but not least Billy Mays Revival(2015) there was no capturing the elusive Beauty Cup. Last year dropping in the draft rankings due to a nagging ankle injury, owner/captain/coach Daniel Wiersma is hoping the purchase of team Disk Jockeys and a 100% healthy ankle will turn the tides right round right round like a record baby right round round round.

“The Passing of the Torch”.

2015 saw the Drinking Dinos take home their second Beauty Cup and established them as a true powerhouse in the league. They were poised to become a dynasty rivaling the Islanders of the 80s, or the Bulls of the 90s. But bad financial decisions derailed those plans, leading to a disastrous offseason.

With the belief that “Oil comes from Dinos”, Brett invested all of his career earnings in the oil industry. By the fall of 2015 Brett was penniless and forced to sell his captaincy and his shares in the Drinking Dinos to fellow champion James. Brett now enters Free Agency, looking to sign a lucrative contract, and complete his riches to rags to riches story. In the meantime, James looks to rebuild the Drinking Dinos from the ground up, and captain them to a third Beauty Cup of Beersbee and prove there is still money in the Drinking Dinos.

Bee-lieve it or not, the most buzzworthy team this year is without a doubt The Fris-BEES?! Captained by Beeauty Cup veteran Joel Brooks, many beelieve this expansion team won’t present much of a threat. After all Brooks was the only player beeset with the reputation of consecutive dead last finishes in the first two seasons of the Beeautiful Game, and the hivemind talked beehind his back about his inabeelity to keep his bee-r drinking under control.

In fact, it got bad enough that leading up to the 2015 draft, one head scout opined “honey, comb through your prospect list beefore even considering Brooks.” Beetween the shame of his beesmirched reputation and the sting of beeing such a late pick, Brooks resolved to keep himself at a respectable level of buzzed in 2015. Suddenly, with top-3 finishes in hits and points, he beecame a player worthy of beeing a captain…maybee.

Not to be a buzzkill, but Brooks went from his former bumbling performances to a beeguiling player only once he joined the beehemoth team, 2015 runner-ups The Beear backers. Led by two-time champion Michael Sean Hogg and Elaina Austin, the team also helped beeat the 2nd last overall pick Brooks’ fondness for the nectar by beeseeching 2nd overall draft pick Yuki Ihara to withold any beeaver-related access unless he beehived.

It remains to bee seen if The Fris-BEES?! are truly an unbeeatable team or will experience a colony collapse, but there won’t be anyone pollen a fast one on this team. After all, you have to beelieve they’re going to snag a beeastly prospect 2nd overall.

So, best not beegrudge The Fris-BEES?! the respect they deserve or else you’ll be looking on them from beehind once they’re done swarming you, and beehind The Fris-BEES?! is a dangerous place to BEEEEEEEEEEEE!!!!!

Knights of the Holy Ale 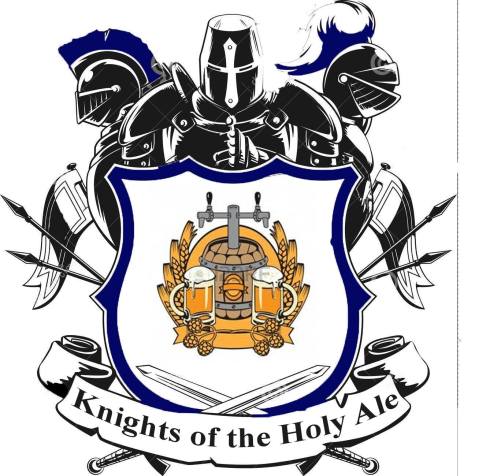 First drafted by Amber back in 2013, Joel had a rocky debut.  With flashes of offensive brilliance, Joel lacked both the consistency and the complete defensive game that his team needed.  The Mojo Fury never made it past the semifinals after a heartbreaking shootout loss to The Hype.

The following year saw Joel tumble down the draft due to these weaknesses, eventually getting picked up by the Top Gunners.  With a strong start to the tournament, the Top Gunners were looking like the team to beat that year.  What followed was perhaps the greatest upset in Beersbee history, when the 5th seed Team Attractive knocked out the first seed top Gunners in an improbable bout of scoring that saw Joel’s playoff hopes drowned in bitter, malty defeat.

Taking a year off last year, and questing far to the East; Joel was baptized in the icey ales of Ontario.  While deeply inebriated, Joel had a vision.  Two years, two bitter defeats.  Joel knew that he was missing something in his Beersbee game.  That something was religion.  As a devoted atheist, Joel was failing to tap into the limitless power of faith.

With bottomless faith now added to his game, Joel has turned into the complete player he has always shown promise of being.  With such skill and piety at its helm, the Knights of the Holy Ale are ready to charge the field this Beauty Cup, and will stop at nothing to complete their quest for total victory! 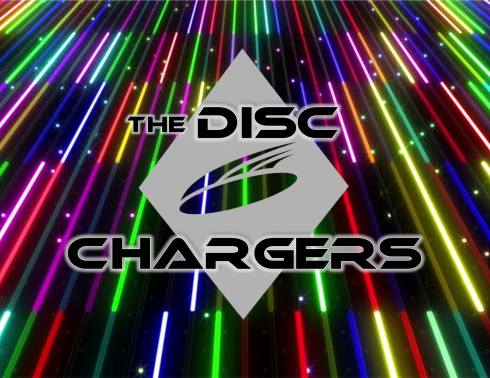 2016 marks the year where former pawn Mike Loukopoulos now steps into his birthright as the Captain of The Disc Chargers. The powers of captaincy were entrusted to Mike after his co-captain Amber graciously bowed out, deciding to “quit while [she is] ahead” after being crowned the 2015 tournament MVP.

As a now seasoned Beauty Cup participant, Mike is looking to solidify himself amongst the greats by bringing an overwhelming amount of charisma to the Beauty Cup. After a disappointing finish last year, The Disc Chargers are the clear underdogs entering the competition this year. The pressure is even greater as The Disc Chargers have been awarded the first overall draft pick of the 2016 Beauty Cup. Already being hounded by his fellow captains for the coveted spot, Mike realizes that this may be his golden ticket to victory. However, don’t expect Mike to crack under the pressure. His relentless training regimen of alcohol consumption and moderate exercise will give himself not only an edge physically, but mentally as well. The stakes have never been higher and the shorts have never been shorter. This year, The Disc Chargers are stronger than before, fired up for more, and ready to even up the score at the 2016 Beauty Cup.

It’s a dog eat dog world out there and no one knows that better than relative newcomers to the Beersby scene: Unleashed. With 4 legs up on the competition, they are ready to take a bite out of anyone who steps in their way. Who better to take the championship in a game about sticks and Frisbees? You better bring your baggies as shit is going to go down. They love to walk the walk and are planning to make things awfully ruff for anyone who steps in their way. So get ready to play as they will be racking up the wins: 7 you got it! 8, you bet! O-Canine; however many it takes to claim the Beauty cup!