Once upon a time, there was a team. A team led by a shy, nervous girl who very much wanted to impress her new friends. In her nervousness, she picked a terrible team name. And now 7 years later, she must live with the choice she made. So now, Team Mojo Fury shall rise from the ashes, chicken heads held high, lead by a transformed leader. Hotter, smarter and better than you, Mojo Fury is ready to claim the victory that should have been hers all those years ago. Tremble in awe at the chicken headed greatness!!!

A long time ago, in a campsite far away, a team was born. A team molded by youth, and forged by beer and boredom. This team was so awesome and so Attractive it became the stuff of legend. Now, 11 years later, that super Attractive team has returned. A little older, and heavier maybe; but much wiser, and hungrier than ever. Team Attractive is ready to reach out and snag the victory that has eluded it for so long. Bow down to the team that started it all, and to the captain who hand crafted the Beauty Cup itself! From the ashes, Team Attractive will rise once again!

Should we have let the ashes of the worst team in Beersbee history rest for all eternity? Probably. Unfortunately Brett, tapped by the great douche gods has brought something back that should have been left well enough alone. With promises of glory and healthy knees, The Hype is back to write a whole new history. May the ashes of Derrick’s long forgotten jersey be rubbed on the Beauty Cup as The Hype look to win it all this year. 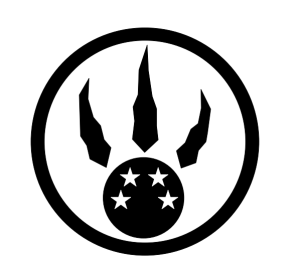 Drinking Dinos Super Secret Keys to a Successful Beersbee Tournament:
Home Field Advantage – check
Rig the draft – check
Bribe the refs – ???
Win – soon
Home. Field. Advantage. The Drinking Dinos are back, baby. Looking to return to their winning ways, where better to do it than at home, where they’ve never lost? They’ll have no excuses either, as they’ve secured the #1 overall pick in this year’s draft. This is hardly a full rebuild, but a quick retool on the fly.
The Dinos burned bright not long ago, and their ashes are still hot. And like the Phoenix, they’ll rise from those ashes back to their rightful place at the top.

In the wake of a tragic illness a last minute captain rises from the ashes. In what can only be described as “a surprise, even to me”, we add another asterisk to Team Asterix. As a returning captain from ladies night, Stevie was the clear choice to step up and take the helm from Jess (mostly due to the fact that she helped tie dye the jerseys). This year is going to be totally bitchin!